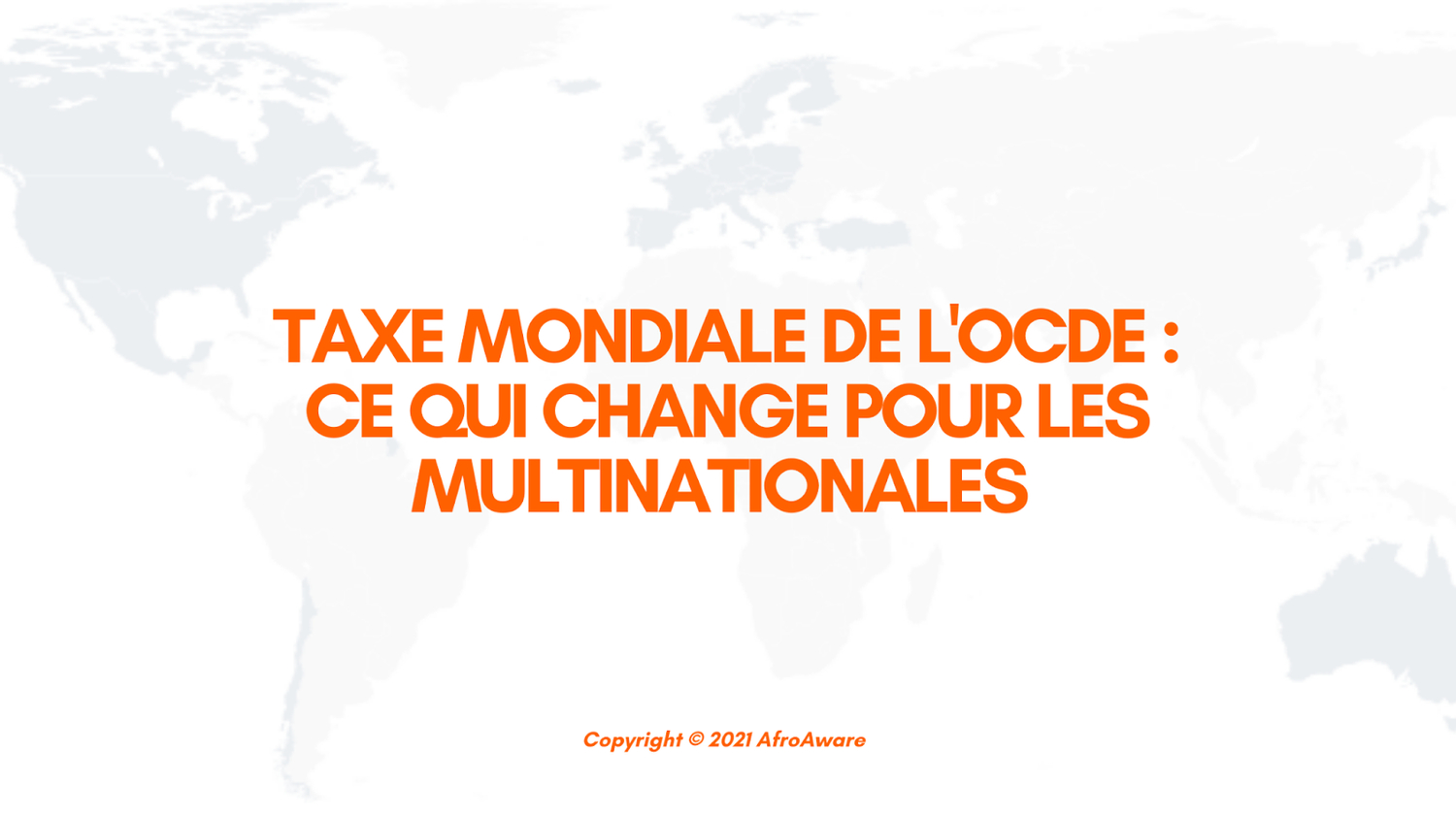 This measure is motivated by the fear that multinationals will redirect their profits to places where taxes are lower, in order to reduce the tax burden.

The global minimum tax on multinationals will begin in 2023. Some countries will reallocate certain tax rights of large multinationals from their home countries to the markets where they operate and make profits. And this, regardless of the physical presence of companies on site, which should have an impact on large digital companies such as Amazon and Facebook.

The OECD says this will affect $ 125 billion in profits for a hundred of the world's largest and most profitable multinationals.

In total, 136 of the 140 countries that negotiated hard have completed a reform that began four years ago. The contours of the new tax framework on the digital activities of large multinationals have been set. And a true minimum corporate tax rate has been created.

However, some developing countries, which wanted a higher floor rate, felt that their interests had been ignored in favor of those of richer countries like Ireland, which had refused to sign an agreement providing for a minimum tax higher than 15. %. This is the case of Kenya, Nigeria, Pakistan and Sri Lanka who refused to sign the agreement.

Ireland, Hungary and Estonia, countries where the tax on multinationals is below 15%, initially resisted, but eventually signed on to the deal.

Read also: Creation of a Global Minimum Tax Rate: What to Remember?

This reform is based on two pillars:

If the developed countries defended a threshold of 20% of the surplus profits to be redistributed to the countries in which these multinationals have an activity - whether they are physically present or not - the emerging and developing countries wanted a larger share of the pie with 30% . The pear was cut in half and it is ultimately 25% of the surplus profits that will be reallocated. The companies concerned must achieve at least one million euros of turnover in a state for the latter to benefit from the measure, or 250,000 euros if the state's GDP is less than 40 billion euros.

In the end, this first pillar should target the "100 most profitable companies in the world, which alone make half of the world's profit", explains Pascal Saint-Amans, director of the Center for Tax Policy and Administration of the OECD, conductor of this vast reform.

It was set at 15%. It is this level that made it possible to rally Ireland, which therefore agrees to raise its previously established 12.5% ​​tax rate. But, more than the rate, it was the tax base that required the most discussion. A clever clipping of this rule has been made. It is planned that companies will be able, in a country where they have a subsidiary, to deduct from their tax base 10% of the payroll and 8% of the amount of tangible assets. This provision would last 5 years before reaching, at the end of the 5 following years, 5% for both.

The aim of this facility is not to destabilize the countries whose economic model until today consisted in attracting real investments and not linked to any tax optimization whatsoever on their territory in order to develop their economy. Hungarian Finance Minister Mihaly Varga, moreover, congratulated Reuters on these arrangements: "We have achieved a breakthrough on minimum tax so that Hungary can join the agreement", adding that the rate d The 9% corporate tax in Hungary will not change, as there will be a targeted solution to collect the global tax.

China, which has long refused to apply this second pillar in order not to hamper the international development of its own companies, has finally rallied. Thanks to a concession: Chinese companies with less than 50 million euros of assets abroad and present in five countries at most will be protected from this minimum effective rate for 5 years. But large groups like Huawei will not escape this new rule.

Everything is therefore in place for the preparation at the beginning of next year of a multilateral convention on the first pillar of the reform. It will have to be ratified by all the Parliaments of the countries concerned. In any case, it paves the way for the abolition of national Gafa taxes implemented by many countries, like France. This abolition will require a bilateral agreement between these countries and the United States in particular. The second pillar does not require such a convention and remains the responsibility of each state to introduce it into its own legislation.