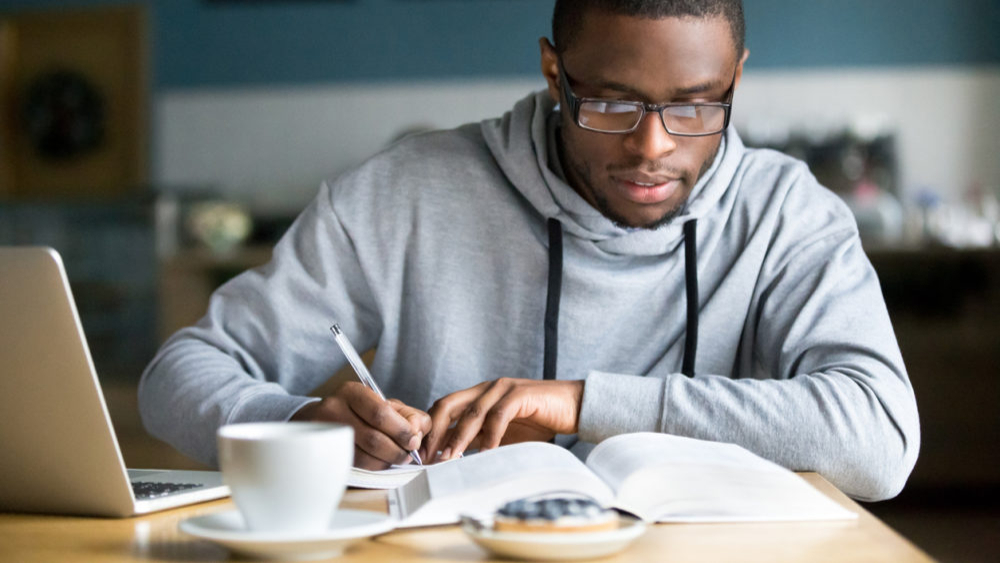 a year ago | by: David Kodjani

African countries, less prepared than others, have been hit hard by the COVID-19 global health crisis. To deal with this situation, general confinement decisions were imposed there and distance education established as a rule.

MOOCs (Massive Open Online Courses) and other online courses have appeared for 15 years as almost "miraculous" technical responses to the massification of education in Africa, the number of registrants no longer being a limiting factor. when all it takes is a good connection for training. University infrastructures, such as the student / teacher ratio, can thus be - at least partially - decoupled from the dynamics of demographic growth, without harming the desired educational efficiency.

However, the expected miracle was slow to materialize extensively, apart from interesting experiences. The pandemic leading to planetary containment was the trigger that forced all establishments and individual or collective actors to produce solutions, often based on digital tools.

If distance education via connected terminals is not in itself a novelty, the MOOC has the particularity of being open to all, of being free and of offering essentially digital education. Its promise is to enable individuals excluded from the higher education system as well as those who belonged to it, to have equal access to knowledge.

In addition, it has the advantage of taking advantage of a particular context. In fact, in 2015, the International Telecommunication Union estimated at 43% the proportion of the world population which was connected to the Internet, that is to say 3.2 billion humans including 2 billion coming from developing countries.

MOOCs provide the beginning of a solution to the difficulties encountered by education, particularly in the least developed countries. The massification of the workforce results in the difficulty for the teaching staff to manage the flow of students, and in a high rate of repetition, or even dropout. In addition, the paucity of available documentation reduces the possibility for learners to access a wide spectrum of information in their areas of training. The pressure exerted by the States on the budgets of higher education forces learners to turn to private sector establishments whose standards are not always adapted to the requirements of university education.

MOOCs then appear as a solution to drastically reduce the costs related to the learning infrastructure and the variable costs of higher education. In addition, they provide flexibility in learning by allowing students to progress at their own pace.

According to experts, the audience for MOOCs is mainly made up of higher education learners, and very few people from other backgrounds. In addition, despite the increase in Internet penetration, access to these training modules is not always easy due to difficulties relating to low speed capacities and connection costs, and even to the availability of the Internet. electricity, among others.

MOOCs provide an option for higher education in sub-Saharan Africa and take the strain off both teachers and infrastructure. While it certainly does not constitute a completely autonomous way of acquiring knowledge, it is now combined with classical methods to bring more to university education on the continent.

The MOOC can only give its full potential when it is integrated into a framework that allows it. Thus the report"Making sense of MOOCs" UNESCOadvocates the implementation of national strategies for higher education incorporating MOOCs.

In Africa, a country like Rwanda recently adopted such a document and made an inventory of the pre-requisites necessary to achieve its ambitions via this tool. The country intends to provide 30% of its secondary education and 50% of its higher education through open, distance and e-learning (ODeL) training.

In this period of health crisis, African States like the rest of the world have had no other choice but to establish the confinement of populations while maintaining education: the injunction It has therefore been done for training organizations and public and private universities to adopt distance education.

In sub-Saharan Africa in general and in Cameroon in particular, the practice of e-learning is much easier among young learners because of their daily use of digital tools. The establishment of distance education in French-speaking African countries is particularly difficult because of the weakness of the systems and the culture of distance education.

In an analysis of distance education devices during the current health crisis (Covid-19), the World Bank, based on the report, PISA 2018 states: "if the use of digital platforms and technological tools dedicated to education (EdTech) seems to be able to minimize the enormous learning losses, especially among vulnerable students, at the same time it risks increasing inequalities even further ".

This report joins the conclusions of previous research work on the key success factors of e-learning by providing elements specific to underdeveloped countries such as: the capacity of users, the degree of preparation of educational establishments, the prior existence of an effective online learning platform, the possession by teachers of technical and pedagogical skills to achieve distance education.

The home environment makes it difficult for students to follow courses at a distance (overcrowding, noisy atmosphere). There is also a strong inequality in internet access depending on which student resides in the city and which resides in rural areas. Economically, confinement has accentuated the social divide within populations who, for the most part, have activities linked to the informal sector. Finally, young girls and boys were not equal when it came to distance education. The students were more absent from the scheduled morning class because of housework. One of them, Estelle 22, testifies: "The teachers don't understand that I am a girl. As I am in confinement, at home my parents force me to go shopping at the market and to cook. I can't take morning classes ".

In e-learning in Africa, the appropriation of knowledge is very low compared to face-to-face courses. This is explained by the lack of interactivity, the noisy atmosphere of the lessons, the instability of the internet connection during the online lessons.

In a constantly evolving world in which all experts predict an inevitable succession of health and ecological crises, African countries must take inspiration from the current situation of covid-19 to prepare for future challenges.

In Africa, higher education has seen its enrollment grow by more than 8% each year. While the continent is expected to be home to 20% of the world's population by 2040 and 2/3 of Africans are under 25, the problem of the quality of education should be more acute in a sector that is already encountering difficulties due, among other things, to the quality of its teaching and the weakness of its infrastructure. In its efforts to raise the level of its higher education, the continent could find in "open and massive online courses" (in English MOOC), an ally of choice. However, to date, this solution is far from being the panacea sold to us.

At a time when internet penetration on the continent is progressing, African countries now have the latitude to reclaim the concept and tailor MOOCs adapted to their needs.