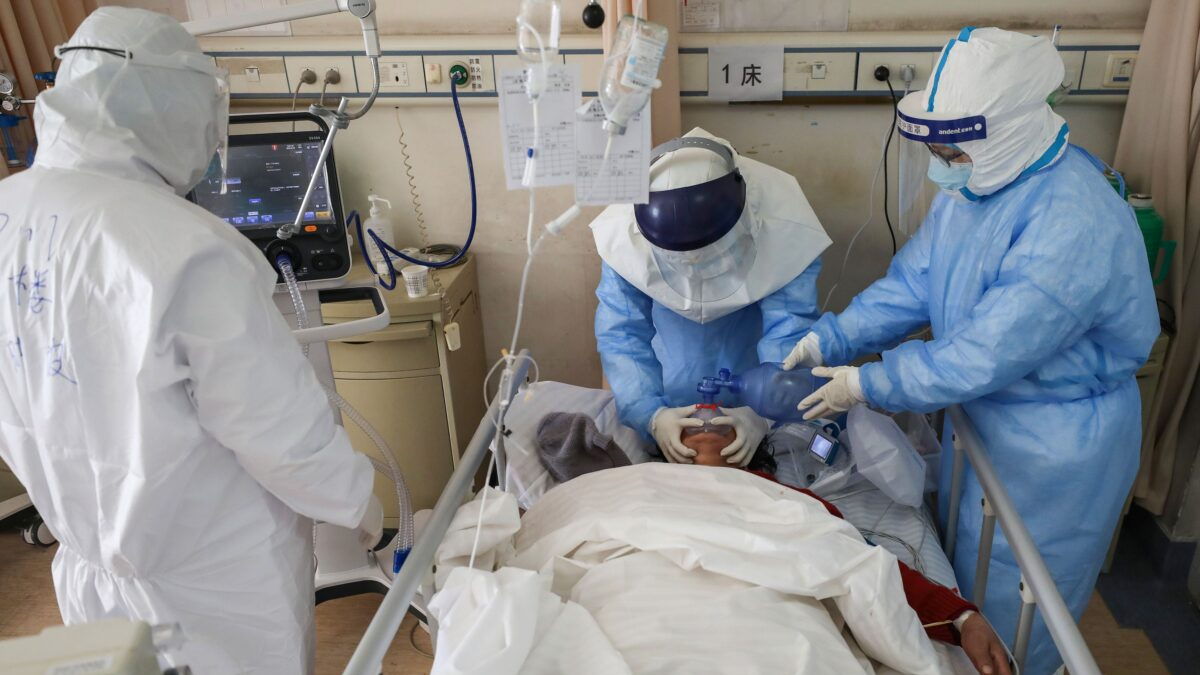 Covid-19: The Three Axes Of The Care Of An Infected Person

a year ago | by: David Kodjani

The disease resulting from infection with the SARS-CoV-2 or Covid-19 coronavirus is an emerging pathology of the viral zoonosis type, responsible for a pandemic that began in December 2019 in China.

The disease resulting from infection with the SARS-CoV-2 or Covid-19 coronavirus is an emerging pathology of the viral zoonosis type, responsible for a pandemic that began in December 2019 in China.

If the announcement of Pfizer and BioNTech gives hope that the race for the vaccine against the Covid-19 has entered its home stretch, the same does not apply to the search for an effective treatment, which is still long overdue. . But the long months of intensive research aimed at better understanding the mode of action of the Sars-Cov-2 coronavirus and its multiple effects on the human body will not have been in vain.

In hospitals and intensive care units receiving the most serious cases, characterized by states of respiratory insufficiency or distress, the care has nothing to do with what it was at the beginning of the year. 2020

The first epidemic wave corresponded to a first learning phase, the results of which were felt.

It should be remembered that although, in the vast majority of cases, the first barrage of activation of the innate immune system is sufficient to rid the body of the virus (hence the asymptomatic or pauci-symptomatic forms, by far the most frequent ), this first line of defense is sometimes overwhelmed by the virus; this is when the immune system is at risk of racing, especially - but not only - in the lungs, the virus' number one target. The overproduction of cytokines, cells that activate the immune system, and an adaptive cellular reaction then create lesions which, in addition to the lungs, can reach the brain (as evidenced by the loss of smell and / or taste), the kidneys but also - very important point for the proper management of patients - the vascular system: more precisely, it is the endothelium (or internal wall) of the small vessels that are the capillaries that can be affected and promote the appearance of blood clots ; patients then become pro-thrombotic.

First axis, therefore: oxygen therapy. Intubation of patients in respiratory distress certainly provides the most seriously ill patients with the oxygen they need to stay alive, but it is not without risk. Because the pipe introduced into the trachea can also, despite all the precautions taken, serve as a "conduit" for the germs which swarm in the throat or the digestive tract and bring them into the respiratory system. On lungs that are already severely abused, this risk of bacterial superinfection, on top of the viral infection, is particularly dangerous. It has been known to doctors and resuscitators for many years, which is why they prefer non-invasive oxygenation techniques to intubation, whenever possible, consisting of pushing air into the airways. , not directly into the lungs.

If, at the start of the first wave, the fear of the droplets necessarily dispersed in abundance by these non-invasive techniques explains why we were massively intubated, the improvement and standardization of the protocols mean that this is no longer the case today. hui. Especially since high flow oxygenation has effectively taken over from intubation. Thanks to devices like Optiflow, it has indeed become possible to push through the nose up to 50 liters of gas (heated and humidified) per minute, instead of the usual 6 to 8 liters: enough to allow a majority of patients to pass the critical milestone, without risking bacterial superinfection. For others, intubation - furthermore requiring sedation itself accompanied by undesirable effects - remains the solution of last resort.

The second axis, corticosteroid therapy, aims to reduce inflammation due to the runaway cellular and cytokine immune response, responsible for damage to various organs. After unsuccessfully testing several molecules aimed at countering specific types of pro-inflammatory cytokines (such as tocilizumab, targeting interleukin-6, or anakinra, against interleukin-1), clinicians have discovered the efficacy of a very simple corticosteroid that has long been used routinely, dexamethasone. Unlike the molecules previously tested, dexamethasone, which is only effective on patients requiring oxygen, has a very broad action: it neutralizes a wide variety of pro-inflammatory cells, all types combined. This is at the same time its strength and its weakness, the risk being, by reducing the "bad" inflammation (that generated by the cytokine storm), to also reduce the "good" (that which makes it possible to fight an infection, viral). or bacterial).

The third and final way of improvement was made possible by the discovery of the action of the virus on the endothelium of the capillaries and the subsequent risk, for the patients, of developing a thrombosis which can cause a simple phlebitis but also, this which is much more serious, pulmonary embolism. Doctors therefore deal with this possibility by administering anticoagulants.

On an outpatient basis,the treatment is essentially symptomatic: rest, hydration, analgesic – antipyretic such as paracetamol, nasopharyngeal clearance with physiological serum.

A monitoring protocol must be put in place because there is a risk of worsening between the 7th and 10th day. To do this, there are digital platforms (such as Covidom APHP) which facilitate surveillance by establishing a link between the patient and the health actors.